A helpful series from Sound of the Alarm on Rome’s Counter-Reformation tactics can be read at these links:

Part 2 – A look at Institution and particularly the Jesuits

Part 3 – A  look at Inquisition

Part 6 – A look at Insurgence

Nino Lo Bello, The Vatican Empire, “Behind the Walls III:”

The visitor to the Vatican is not likely to see the relic mailer at work, but no matter where he goes inside the narrow plot of land, he is likely to come across someone busily doing an unexpectedly ordinary job. The Pope’s shoemaker, for example. Since 1939, the task of making papal shoes has belonged to Telesforo Carboni, who habitually refers to Paul VI as “an eight and a half narrow” and the late Pope John as “a wide ten.”

Like many other shoemakers, Carboni is quite a raconteur, particularly on the matter of footwear. Once Carboni said to me, “I remember the time Pope John, who had a big foot, which could take even a ten and a half, came to me and said, ‘Signor Carboni, you must make me a pair of shoes that are nice and big and don’t cramp my feet.’

“A man with cramped feet, you know, will usually have cramped ideas in his head, and so His Holiness wanted a pair of shoes that wouldn’t cramp him in his work. Do you follow?

Tragically, several reasons remain why Roman Catholicism still is not Christian. At this 500th year anniversary [2017], it’s worth taking a thorough look at ten doctrines which render Rome outside of Christ. Many of these are sufficient on their own…

RIP stands for requiescat (or requiescant) in pace, “May he or she (or they) rest in peace” and calls to mind the opening words of the Mass for the Dead, which are “Requiem eternam dona eis, Domine”. RIP is therefore shorthand for a prayer – May they rest in peace; but as one of the spokesmen for the Orange Order has pointed out: “From a Protestant point of view, we believe that … when death comes a person either goes to be with Christ for all eternity, or into hell … when death comes that decision has been made and no decisions are made after death.”

A helpful series from Sound of the Alarm on Rome’s Counter-Reformation tactics can be read at these links:

Part 2 – A look at Institution and particularly the Jesuits

Part 3 – A  look at Inquisition

Part 6 – A look at Insurgence 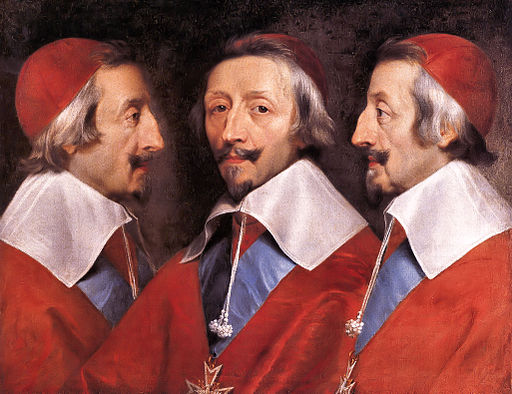 “We may employ artifice to deceive a rival, anything against our enemies.”

“The Pope’s authority is unlimited, incalculable; it can strike, as Innocent III says, wherever sin is; it can punish every one; it allows no appeal and is itself Sovereign Caprice; for the Pope carries, according to the expression of Boniface VIII, all rights in the Shrine of his breast. As he has now become infallible, he can by the use of the little word, ‘orbi,’ (which means that he turns himself round to the whole Church) make every rule, every doctrine, every demand, into a certain and incontestable article of Faith. No right can stand against him, no personal or corporate liberty; or as the Canonists put it.”

(Source: ‘The tribunal of God and of the pope is one and the same.’ Ignaz von Dollinger, in “A Letter Addressed to the Archbishop of Munich”, 1871 (quoted in The Acton Newman Relations (Fordham University Press), by MacDougall, p 119-120))

“Like two sacred rivers flowing from paradise, the Bible and divine tradition contain the word of God, the precious gems of revealed truths. Though these two divine streams are in themselves, on account of their divine origin, of equal sacredness, and are both full of revealed truths, still of the two, tradition is to us more clear and safe.”