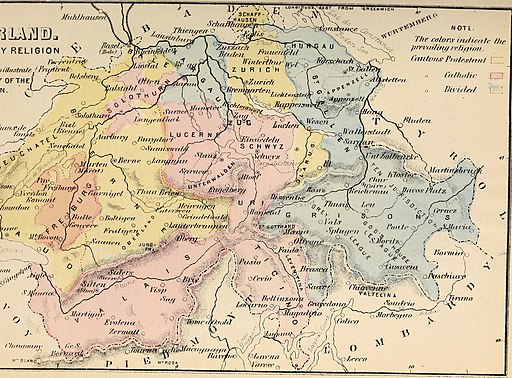 The one religious institution which should want nothing whatsoever to do with Reformation commemorations and celebrations should be the Roman Catholic institution.  After all, the Reformation struck the greatest blow to Papal power that it had ever experienced.  The Papacy’s vice-grip on Europe was broken in a number of countries.  For the first time since the Papacy had assumed control of Europe centuries before, it experienced immense losses, politically and religiously.

No, the Roman Papacy should have no grounds for celebration in 2017.

Of course we know that its commemoration is designed solely to deceive.  The Papacy is not truly commemorating it.  But even so, it is astonishing that such a time has actually arrived, when the Roman Papacy could go through the motions of commemorating the Reformation, and the “Reformed” institutions could fall for it!

Who could ever have imagined that such a day would ever arrive?  But it has.  It beggars belief.  Even Romanists are open-mouthed with astonishment at how times have changed.

What in the world is going on?

It would be more appropriate to ask: what, in the dark regions of hell, is going on?  For that is where these astounding events were first planned, and what we are witnessing is simply the outworking, in history, of activity in Satan’s underground.