Some Rome and eschatology-related headlines that recently caught my eye:

Lutherans and Catholics Joining Together

Pope marks the 500th anniversary of the Protestant Reformation in Sweden and praises Martin Luther in hugely powerful symbolic gesture (one year early?)

“Beware of false prophets, who come to you in sheep’s clothing, but inwardly they are ravenous wolves.” – Yahushua in Matthew 7:15 (NKJV)

The Society of Jesus, more commonly referred to as the Jesuits, are the armed militia of the Roman Catholic Church.  They were sanctioned in 1540 by Pope Paul III with one mandate: to defeat Protestantism and regain worldwide Papal rule.  To achieve this monumental task, they employ ever-adapting methods of pseudo-education, social programs, infiltration, and all wickedness that could possibly be conceived.  Needless to say, they are achieving great success in their mission, which is climaxing with the present pope, Pope Francis, i.e.  the Eighth and last Pope of Revelation 17, who held some of the highest positions in Argentina, including Provincial Superior in the Society of Jesus and Archbishop of Buenos Aires.   He was made a cardinal by Pope John Paul II…

“Unless the falling away – From the pure faith of the gospel, come first. This began even in the apostolic age. But the man of sin, the son of perdition – Eminently so called, is not come yet. However, in many respects, the Pope has an indisputable claim to those titles. He is, in an emphatical sense, the man of sin, as he increases all manner of sin above measure. And he is, too, properly styled, the son of perdition, as he has caused the death of numberless multitudes, both of his opposers and followers, destroyed innumerable souls, and will himself perish everlastingly. He it is that opposeth himself to the emperor, once his rightful sovereign; and that exalteth himself above all that is called God, or that is worshipped – Commanding angels, and putting kings under his feet, both of whom are called gods in scripture; claiming the highest power, the highest honour; suffering himself, not once only, to be styled God or vice – god. Indeed no less is implied in his ordinary title, Most Holy Lord, or, Most Holy Father. So that he sitteth – Enthroned. In the temple of God – Mentioned Rev 11:1. Declaring himself that he is God – Claiming the prerogatives which belong to God alone.”

~Wesley’s Notes on the Bible 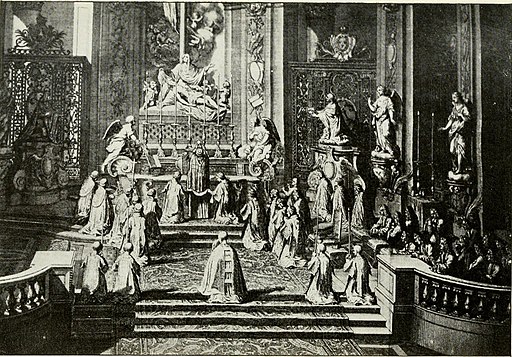 “Let him, and all Roman Catholics, be denied the right of voting, or of holding any office of honor, profit, or trust, under the government of the United States, until they forswear all allegiance, in spiritual as well as temporal affairs, to all foreign potentates and Popes. Until this is done, an oath of allegiance to this government, by a Roman Catholic, is entitled to no credit, and should not be received. This will appear evident to Americans, if they will turn their attention for a moment to the following oath, which is taken by every Romish bishop, before he is permitted to officiate, as such, in any of these United States:— “I do solemnly swear, on the holy evangelist, and before Almighty God, to defend the domains of St. Peter against every aggressor; to preserve, augment, and extend, the rights, honors, privileges, and powers of the Lord Pope, and his successors; to observe, and with all my might to enforce, his decrees, ordinances, reservations, provisions, and all dispositions whatever, emanating from the court of Rome; to persecute and combat, to the last extremity, heretics, schismatics, and all who will not pay to the sovereign pontiff all the obedience which the sovereign shall require.””

The Anglican 39 Articles on how much authority the Pope should have in England.  The photo above shows the reality:

Article 37 – Of the Civil Magistrates. THE Queen’s Majesty hath the chief power in this realm of England and other her dominions, unto whom the chief government of all estates of this realm, whether they be ecclesiastical or civil, in all causes doth appertain, and is not nor ought to be subject to any foreign jurisdiction.

Where we attribute to the Queen’s Majesty the chief government, by which titles we understand the minds of some slanderous folks to be offended, we give not to our princes the ministering either of God’s word or of sacraments, the which thing the Injunctions also lately set forth by Elizabeth our Queen doth most plainly testify: but only that prerogative which we see to have been given always to all godly princes in Holy Scriptures by God himself, that is, that they should rule all estates and degrees committed to their charge by God, whether they be temporal, and restrain with the civil sword the stubborn and evil-doers. The Bishop of Rome hath no jurisdiction in this realm of England.

The Laws of the Realm may punish Christian men with death for heinous and grievous offences. It is lawful for Christian men at the commandment of the Magistrate to wear weapons and serve in the wars.

CHAPTER 23 – Of the Civil Magistrate section 4: It is the duty of people to pray for magistrates, to honour their persons, to pay them tribute and other dues, to obey their lawful commands, and to be subject to their authority, for conscience’ sake. Infidelity, or difference in religion, doth not make void the magistrates’ just and legal authority, nor free the people from their due obedience to them: from which ecclesiastical persons are not exempted; much less hath the Pope any power and jurisdiction over them in their dominions, or over any of their people; and, least of all, to deprive them of their dominions, or lives, if he shall judge them to be heretics, or upon any other pretence whatsoever.

CHAPTER 25 – Of the Church, section 6:  There is no other head of the Church, but the Lord Jesus Christ; nor can the Pope of Rome, in any sense, be head thereof; but is that Antichrist, that man of sin, and son of perdition, that exalteth himself, in the Church. against Christ and all that is called God. 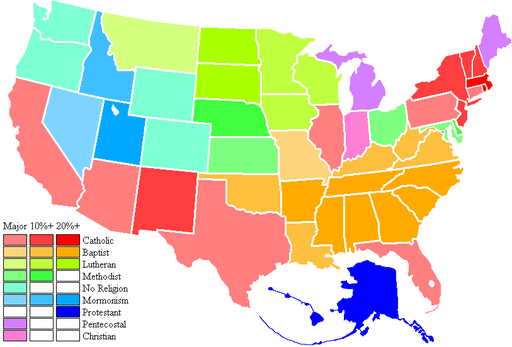 “The following curse is contained in the Roman Catholic Breviary, in which, every Romish priest reads his prayers three times every day. “Qui dicit ecclesiam catholicam Romanam non esse infallilrilem, anathema sit—Whoever says that the Roman Catholic church is not infallible, let him be accursed.” Such is the belief of every Roman Catholic. Will not Protestant Americans pause and reflect for a moment? The population of the United States is about twenty millions, and about two millions are Papists. Consequently, seventeen millions and a half of our people are accursed and damned, according to the doctrine of the Romish ritual; and yet we Protestants are called upon to extend the hand of friendship to these Papists, and our legislators are asked to grant them charters to build colleges, churches, nunneries, and monk-houses, not for the purpose of teaching the growing generation the revealed will of God, as read in the Scriptures, but to persuade them that all other religions, except that of Rome, are erroneous; that their parents, brothers, and sisters, are heretics, accursed forever, and by implication entitled to no allegiance from them.” 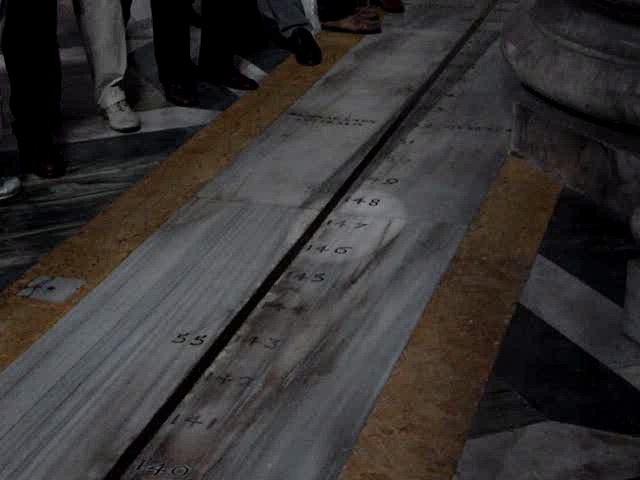 Geoff Manaugh on meredian lines found in Catholic cathedrals.  The intended use:

“The way meridian lines operate is both surprisingly complex and quite easy to grasp. As the sun tracks from north to south on its annual migration between the summer and winter solstices, its image on the cathedral floor also shifts, moving slowly along the meridian line. Halfway between the solstices, of course, are the spring and autumn equinoxes. Once the position of the solar circle indicates the spring equinox, believers must simply wait for the next full moon; the first Sunday after that full moon will be the proper date of Easter.”

The eventual actual use:

“This [the fact that cathedrals are sinking into the ground over time] is true to the extent that the meridian line installed inside architect Filippo Brunelleschi’s Cathedral of Santa Maria del Fiore in Florence eventually became used as nothing more than a diagnostic tool for determining how much the cathedral itself had shifted. No longer useful for astronomical observation at all, the meridian became something more like an emergency light on the building’s creaking dashboard.”

“If they ask, But when will the tide turn for the Protestant Church?  I answer, When they turn more universally to God, and no sooner.”

~Robert Fleming, The Rise and Fall of the Papacy, page 68 of this online copy: http://www.preteristarchive.com/Books/pdf/1701_fleming_rise-fall-papacy.pdf 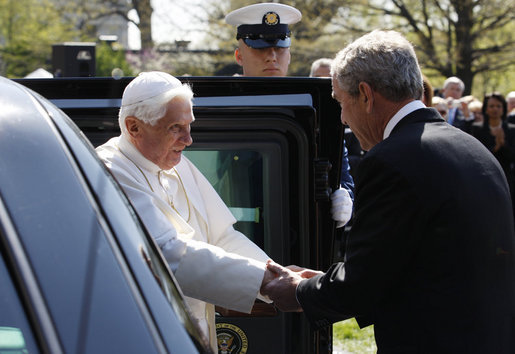 “The quotation, however, from this supposed deed of concession, by Constantine to Pope Sylvester, is not without instruction to the citizens of this country. It should arouse them to a sense of the dangers which are hovering over them. It should remind them that every thing is perishable. The fairest flower must fade; the loveliest lily must wither; the laughing rose must droop; even our fair republic may lose its bloom, and pass away. A state of things may arise in this country, when its executive may be a Papist, its judiciary Papists, and a majority of its population may be Papists. These things are not beyond the range of possibility; and are you sure that your own descendants, and those of the pilgrim fathers, may not, one day or other, give this republic as a free gift to the head of the Papal church? You are now strong—so was Rome. Your power is now irresistible—so was that of Rome and other countries. Your arms are invincible—so were those of Rome. You are now distinguished all over the world, for your progress in the arts and sciences; the world looks to you as models of patriotism and pure republicanism—so did the world once look to Rome. But what is Rome now, and what drove her from the high position she once occupied? I will tell you;—the intrigues of the Popish church. And a similar fate awaits you, unless you cut off all connection, of whatever name, between the citizens of the United States and the church of Rome. While this sink of iniquity breathes, it will carry with it destruction and death wherever it goeth.”