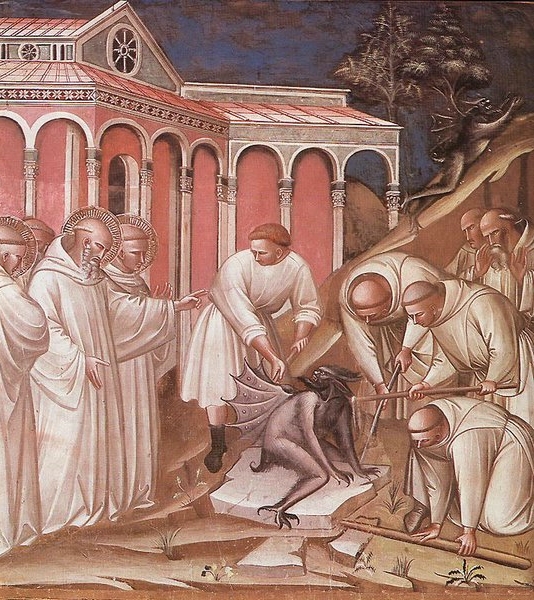 Exorcists are in urgent demand as a result of a sharp rise in people dabbling in Satanism and the occult, experts from the Catholic Church in Italy and the US said.

Speaking in tongues, levitating and vomiting nails may seem far-fetched to most people, but church experts insist there is a need to recruit more priests as exorcists in order to combat sorcery and black magic.

An exorcist has warned of a demon that seeks to attack families and has been encountered in numerous exorcisms carried out by the Catholic Church.

Priest César Truqui, based in Rome, Italy, said the demon, called Asmodeus, was also present in the Old Testament story of Tobias.

All this reminds me of this verse:

Revelation 18:2:  And he cried mightily with a strong voice, saying, Babylon the great is fallen, is fallen, and is become the habitation of devils, and the hold of every foul spirit, and a cage of every unclean and hateful bird.

To be clear, every commentary I consult says that this verse is referring to the complete destruction of Babylon.  However, the fact that the RCC is finding an increasing need for exorcism reminded me of the phrase “habitation of devils.”

Gill writes in his Exposition of the Entire Bible,

and is become the habitation of devils; as old Babylon was of satyrs, Isaiah13:21 demons, which appeared in a hairy form, like goats, and the word is rendered devils in Leviticus 17:7 and the inhabitants of Rome now are no other; the pope and his cardinals, the priests, Jesuits, monks, and friars, are the spirits of devils, and their doctrines the doctrines of devils; see Revelation 16:14

And now they claim to be surrounded by devils.   Go figure.