REV. EDWARD HOARE, M.A. on how Rome satisfies the need for holiness through its asceticism: 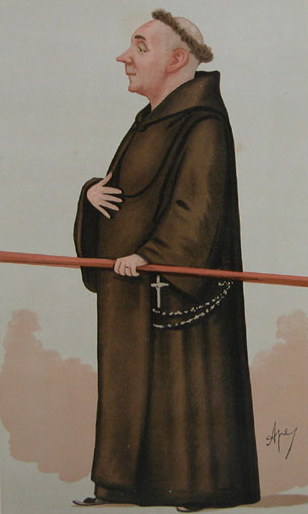 A second substitution for true holiness is asceticism: according to which system the unholy heart finds its refuge in a separation from ordinary men.  Christianity carries holiness into life, asceticism takes the hermit out of it.  But yet it is perfectly natural that men should seek such a refuge.  When they feel the burden of sin, and experience the temptations of a surrounding world, it is no wonder that they should seek a remedy in a complete retirement from its influence.  To give themselves up to fasting, penance, and solitary communion with God, must lead, they very naturally argue, to the enjoyment of more holy peace than they can hope to find in the midst of the duties and varied engagements of society.  Hence every false faith has produced its devotees.  Under different systems they have assumed a different character, but in all the principle is the same.  The Hindoo separates himself from the world, and stands with his arm erect till it becomes stiffened into a fixed position; while the Buddhist and the Romanist retire to the convent that they may there withdraw from the world, and devote themselves wholly to spiritual exercises and to God.  But though this is natural, it is a mere accommodation.  The real evil of the human heart is not corrected by the change, nor have the hair shirt and the leathern girdle the slightest influence in controlling the corrupt passions of the nature.  There may be as much pride, self-righteousness, and ill-governed temper in the lonely hermit’s cheerless cell, as in the deep current of the world’s society.  At the same time it is an accommodation, for it employs the name of Christ, and gives the semblance of a very elevated piety.  It adopts the language of devotion, and prescribes a course of action and self-denial.  It gives the inquirer something to do, and something to bear; it separates him also from other men, and so, though his heart be not purified, it gives him the hope that he is holy.  This was remarkably seen in the case of Ignatius Loyola.  Like Luther, he was awakened to a deep sense of sin, and it is a remarkable fact that the two greatest p. 18phenomena of the sixteenth century, the Reformation, and Jesuitism, should have sprung out of the same uneasiness for sin.  Luther found peace through the blood of the Lamb, and holiness in the work of the Spirit; Loyola was as much distressed as he, and failing in his discovery of Christ, he took refuge in the substitute of an ascetic life.  He tore himself away from his kindred and father’s house, determining to undergo penances of the severest character, and to serve God in Jerusalem.  He hung up his shield before an image of the Virgin, and, having clothed himself in coarse raiment, he stood before it for whole nights with his pilgrim’s staff in his hand.  At Manresa he passed seven hours daily on his knees, and scourged himself regularly thrice a-day.  He devoted three whole days to making a general confession for sin, but the more he explored the depths of his heart, the more painful were the doubts which assailed him.  Having read in some of the fathers that God had been moved to compassion by a total abstinence from food, he remained from Sunday to Sunday without tasting anything, and at last only broke his fast in obedience to the positive injunctions of his confessor.

Such were the efforts of a master mind, to create for itself an artificial holiness, and such are the principles more or less involved in the whole system of the monasticism of Rome.  It substitutes devotion of act, which withdraws men from their appointed sphere, for devotion of heart which glorifies God in its varied duties: and thus presents a spurious holiness within reach of unconverted minds.