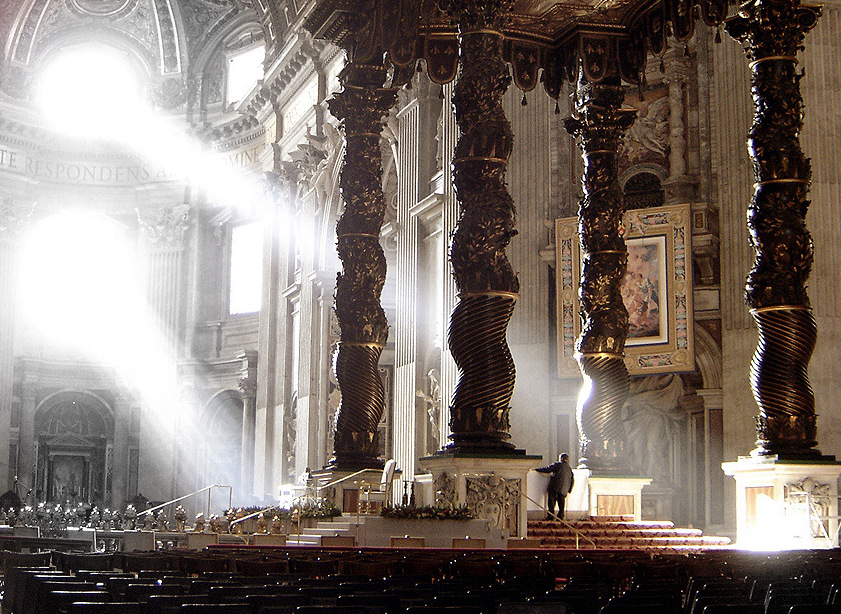 The Israelites in the Wilderness were guilty of abominable idolatry. Yet they are called a Church in Holy Writ ( Acts vii. 38, 41, 43). And why? Because they still retained the Law of God and the Priesthood. So also, Jerusalem — even when it had crucified Christ– is called in Scripture the Holy City (Matt. xxvii. 53). And why? By reason of the truths and graces which she had received from God, and which had not yet been wholly taken away from her.

A distinction, we see, is to be made between what is due to God’s goodness on the one side, and to man’s depravity on the other.

As far as the divine mercy was concerned, God’s Ancient People were a Church; but by reason of their own wickedness, they were even a Synagogue of Satan (Rev.ii.9; iii. 9), and, as such, they were finally destroyed.

Hence, their ancient Prophets, looking at God’s mercy to Jerusalem, speak of her as Sion, the beloved City (Ps. Lxxxvii.2): but regarding her iniquities, they call her Sodom, the bloody City (Isa. I.9, 10; iii.9. Ezek. xxiv. 6).

In like manner, by reason of God’s goodness to her, Rome received at the beginning His Word and Sacraments, and through His long-suffering they are not yet utterly taken away from her: and by virtue of the remnants of divine truth and grace, which are yet spared to her, she is still a Church. But she has miserably marred and corrupted the gifts of God. She has been favoured by Him like Jerusalem, and like Jerusalem she has rebelled against Him. He would have healed her, but she is not healed (Jer. li. 9). And, therefore, though on the one hand, by His love, she was and has not yet wholly ceased to be, a Christian Sion — on the other hand, through her own sins she is an Antichristian Babylon.

~“Is not the Church of Rome the Babylon of the Book of Revelation?” An Essay by Christopher Wordsworth, D.D., Sometime Bishop of Lincoln at http://www.ianpaisley.org/article.asp?ArtKey=union_3