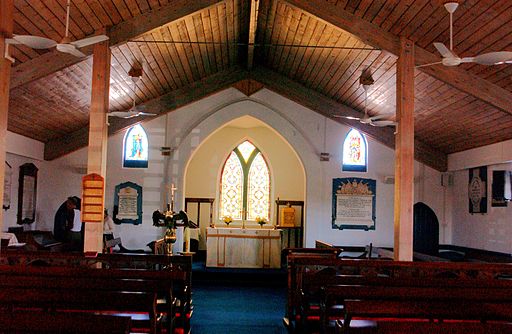 WE have been very courteously admonished in the “Standard” Newspaper for taking any part in the agitation for disestablishing and disendowing the Irish church, and for expressing the hope that the like justice might, ere long, be measured out to the Establishment in England. We are thankful for the advice, but can assure our friend that it does not strike us as valuable. Our friend evidently thinks that if we and other Dissenters were better advised we should rally round the present Establishment, since its existence has been and is the great security for religious liberty; and if it were removed the Romanists would soon be in the ascendant, and persecution would follow. To this our reply is ready—we do not believe that the church of England is any more the protector of our liberties than are the Beef-eaters at the Tower, or the cream-colored horses in the royal stable. There is no sort of connection between the two by way of promotion, but very much in the way of hindrance. Historically, it will hardly be contended that Episcopacy, which hanged and imprisoned our forefathers in Elizabeth’s day, was then the bulwark of Dissenting liberty; nor can it be pretended that, under James I. and Charles I., it guarded sacredly the freedom of consciences. Clipped ears, slit noses, and branded cheeks were not very convincing proofs that an established church was tender and tolerant, and careful to give freedom to Dissenters. Nonconformists would hardly have dealt out such severe measures to Episcopacy in the time of Cromwell, if they had found it to be their shield and bulwark. Did the Act of Uniformity tenderly respect the liberty of Dissenters, or the Five Mile Act, and other such edicts? Were Claverhouse, and other butchers, the advocates and promoters of liberty? Does Scotland owe her liberty to Episcopacy or to the Covenanters? Was the act of Catholic emancipation the work of bishops and deans? The fact is that the existence of a sect, fondled by the state and supported by its wealth, in proportion as it dignifies the favored church, is an insult to the honor of all other, and a shackle to their freedom. It is an idle tale that the Episcopal sect guards our liberties as a body; in its midst are many noble and liberal men, who are always on the people’s side, but the bulk of its adherents incline in an opposite direction, and, as a church, it is almost always obstructive and disinclined to reform. Dissenters do not owe it, in political matters, the turn of a brass farthing, and have long enough been duped by the pretension that it is their friend and guardian.

At the present moment we also fail to discover how the Establishment is the fortress under whose guns we dwell in safety. Our notion is, that, under God, our liberties are in the hands of the people of the United Kingdom, and that they know too well the value of them to let them slip. The sons of the Ironsides are not yet departed from among us, and we who could not use the carnal weapon have yet our free press, our unfettered pulpit, and our open Bibles, and feel safe enough while these are our munitions of war. While the freely chosen representatives of the people are our rulers, and a limited monarchy our form of government, we do not see how it can be said that our freedom rests with an Establishment which has no power to legislate for itself, much less for the nation. As well might the mistletoe pretend that its parasitical verdure is the true security of the oak, or the fox that its existence is the guarantee of the fertility of the land. We are at a loss to conceive where our friends see the connection. Is it in the fact that the bishops sit in the House of Lords, and always vote for every measure of a broad and liberal character? Or is it that the payment of tithes makes every man a lover of the constitution which enforces them? There may possibly be some recondite connection between a state-church and liberty, but we cannot see it. We are asked to go to Spain and Rome, but we prefer traveling to America, and there, without a state-church, we find a freedom certainly not less unlimited than our own. What can be done across the ocean can be done here. Americans can maintain their freedom without a state-church, and Englishmen are not less liberty-loving and not less able to take care of themselves. If, indeed, the state-church be such a bulwark of the constitution, why deprive the colonies of the blessing? Why act upon a wrong policy abroad, and save up all the good things for home? The case does not bear half a moment’s investigation.

But the Catholics will be in the ascendant as soon as the church is disestablished. WHY? In the name of reason, why? Will they become the majority of the nation and of the House of Commons? Are we to believe that the Episcopal body is only pretendedly Protestant, and will go over to the Catholics as soon as their state pay is stopped? Then the nation will be the better for being rid of such mercenary defenders of her Protestantism. But, on the other hand, if the Protestant section of the church remains firm, what difference will be made? How will the numerical power of Protestantism be affected? Does the spiritual efficiency of the church in keeping back Popery depend upon tithes? Would not the Evangelical clergy pray and preach if they were disestablished? We are puzzled to know what is the foundation upon which the assertion rests as to this supposed hindrance of Catholic dominancy. We have no doubt Popery would like to mount the throne, and we could not trust its priests for an instant with power, but all the influence which now really operates to restrain their pretensions would remain still, and would gain immeasurably by the change. The church of England has in it a horde of Papists, and is doing Rome’s work daily, and yet it is set up before us as the bulwark against Rome: disestablish the church, and it would purify itself at once. The true church will prevail against the gates of hell without the state’s patronage. The issue is with God, and he needs no injustice to be perpetrated that his cause may be maintained. If the worst came to the worst, and the people of God were called to suffer, by God’s grace they could do it triumphantly, and would rather do so than be found guilty of forgetting that Christ’s kingdom is not of this world. Take away a state-church, and we are ready to bear the blame of all the consequences necessarily arising out of it; but we are not ready to aid and abet so glaring an act of oppression as compelling the many among the people of Ireland to support a religion in which scarcely one in ten of them believes.

2 thoughts on “The Church of England the Bulwark of Our Liberties (?)”