F. Tupper Saussy describing the statue of Persephone / Freedom / Mary on the dome of the U.S. Capitol:

J.C. Ryle on the Protestant Martyrs of the Reformation:

“The principal reason why they were burned, was because they refused one of the peculiar doctrines of the Romish Church. On that doctrine, in almost every case, hinged their life or death.  If they admitted it — they might live; if they refused it — they must die! The doctrine in question was the real presence of the body and blood of Christ in the consecrated elements of bread and wine in the Lord’s Supper.”

F. Tupper Saussy on the building of the U.S. Capitol:

This South East corner stone, of the Capitol of the United States of America in the city of Washington, was laid on the 18th day of September, in the thirteenth year of American Independence, in the first year of the second term of the Presidency of George Washington, whose virtues in the civil administration of his country have been as conspicuous and beneficial, as his military valor and prudence have been useful in establishing her liberties, and in the year of Masonry, 5793, by the President of the United States, in concert with the Grand Lodge of Maryland, several lodges under its jurisdiction, and Lodge No. 22 from Alexandria, Virginia.

President Washington then descended into a builder’s trench prepared for the Capitol’s foundation, laid the plaque on the ground, and covered it over with the cornerstone…

Then, just as the priests of Jupiter might have blessed their capitolia two millennia ago three Worshipful Masters consecrated the stone with corn, wine, and oil…  Afterward, said the Gazette,

the congregation joined in reverential prayer, which was succeeded by Masonic chanting honors, and a 15-volley from the artillery…

Reading of the barbeque, I was reminded of the passage in the Aeneid where Julius Ascanius promised a sacrifice to Jupiter for favoring his rebellious undertaking:  “I shall bring to thy temple gifts in my own hands, and place a white bullock at thy altar.”  Could it be that the silver plaque, the corn, the wine, the oil, the chanting, the roasted ox, and the reverential prayer were the fulfillment of that promise – a burnt sacrifice to Jupiter, on the altar of his capitolium, upon land called Rome, land formally consecrated by Pontifex Maximus to the protection of the goddess Venus?”

Note: Chapter 20 describes the connection between the goddess Venus and the Virgin Mary

“But as concerning your mass, as it is now used in our days,   I do say and believe it to be the most abominable idol that is in the world:  for my God will not be eaten with teeth, neither yet dieth he again.  And upon these words that I base now spoken, will I suffer death.”

“As for that ye call your God, it is a piece of bread.   For a more proof thereof… let it but lie in the box three months and it will be mouldy and so turn to nothing that is good. Whereupon I am persuaded that it cannot be God” 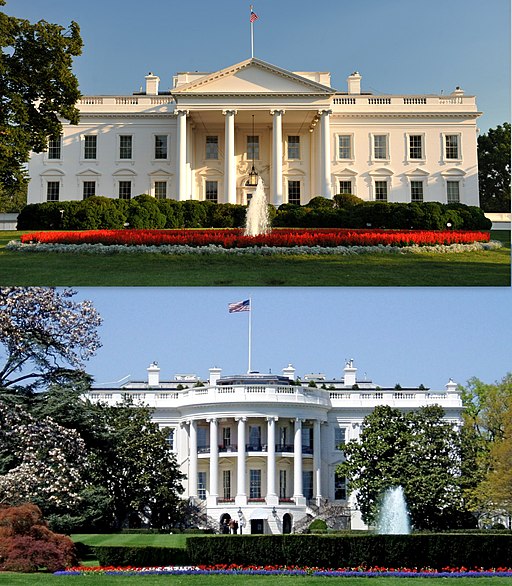 F. Tupper Saussy on the real meaning of the term, “White House:”

“Maryland historians trace the juridical origins of the Roman Catholic Church in the United States to a Patuxent Indian chieftain’s wigwam, which Andrew White denoted in his diary “the first chapel of Maryland.”  White introduced Roman Catholicism to the Patuxents, Anacostics, and Piscataways on real estate that today comprises the District of Columbia.  It’s quite probable that the District of Columbia’s executive mansion was termed “White House” less because of a color of exterior paint than out of reverence for the Apostle to Maryland.  Every utterance of “White House” should fill the historically knowledgeable Jesuit with pride in his Society’s achievements.”

Interesting background on the above saying, which Protestants also hold true:

“The saying was invented by Al Scalpone, a professional commercial-writer, and was used as the slogan of the Roman Catholic Family Rosary Crusade by Father Patrick Peyton (P. Peyton, All for Her, 1967). The crusade began in 1942 and the slogan was apparently first broadcast on 6 Mar. 1947 during the radio programme Family Theater of the Air. The Crusade in Britain started in 1952, and the expression now has many (often humorous) variant forms. [Jennifer Speake, ed., “The Oxford Dictionary of Proverbs” (5th ed., 2008), p. 109]” 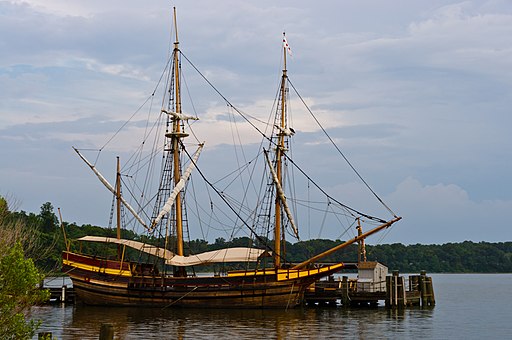 Period replica of the Dove, ship that brought first settlers to Maryland

Interestingly, I’ve never heard anyone ever talk of giving Protestants reparations for the slavery of their ancestors … or affirmative action … or government grants … or any other assistance.  It seems that some slaves are “more equal than others.” (see Orwell’s Animal Farm if you don’t get that reference) 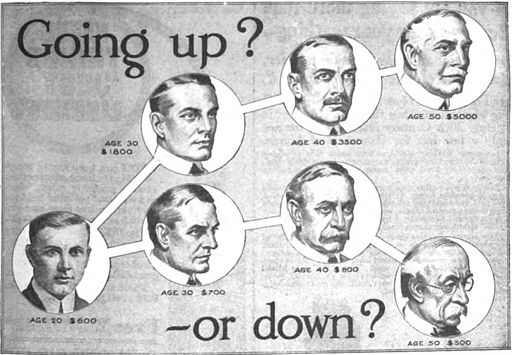 The following quote is from Bernie Sanders’ campaign page on income and wealth inequality:

“Just as the commandment ‘Thou shalt not kill’ sets a clear limit in order to safeguard the value of human life, today we also have to say ‘thou shalt not’ to an economy of exclusion and inequality. Such an economy kills. How can it be that it is not a news item when an elderly homeless person dies of exposure, but it is news when the stock market loses two points?” – Pope Francis

Funny how atheists and leftists can invoke religion whenever it suits them but no one else is allowed to!

William Cunningham via The Protestant Pulpit:

The fundamental position maintained by the Reformers was this, that the views which they had been led to form, as to what should be the doctrine, worship, and government of the Church of Christ, were right, and that the views of the Church of Rome upon these, points, as opposed to theirs, were wrong. This was the grand position they occupied, and they based their whole procedure upon the ground of the paramount claims of divine truth, its right, as coming from God and being invested with His authority, to be listened to, to be obeyed, and to be propagated: When the Papists opposed them in the maintenance of this position, and appealed on their own behalf to tradition, to ecclesiastical authority, to the decisions of popes and councils, the Reformers in reply pushed all this aside, by asserting the supremacy of the written word as the only standard of faith and practice, by denying the legitimacy of submitting to mere human authority in religious matters, and by maintaining that men are entitled and bound to judge for themselves, upon their own responsibility, as to what God in His word has required them to believe and to do. They asserted these positions more or less fully as circumstances required, but still they regarded them as in some sense subsidiary and subordinate. The primary question with them always was, What is the truth as to the way in which God ought to be worshipped, in which a sinner is saved, and in which the ordinances and arrangements of the Church of Christ ought to be regulated? They were bent upon answering, and answering aright, this important question, and they brushed aside everything that stood in their way and obstructed their progress.

There can be no doubt that the only satisfactory explanation of the conduct of the Reformers is, that they regarded themselves as fighting for the cause of God. 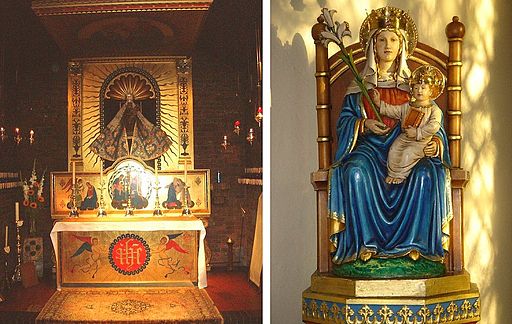 Charles Spurgeon on the Anglican church of his day:

A CHURCH OF ENGLAND MONK in the costume worn by Father Ignatius, and his crew! Has it come to this, that monkery is to be revived in a professedly Protestant Church? Who would have believed it had it been foretold ten years ago? Can it be true that altars are consecrated by these monks to the Virgin and to the saints, and that they are still tolerated in the Establishment? Yes, it is even so. Ignatius was introduced to a congress of clergy as a minister of the Church, and all his doings are strictly within her pale. Monkery is therefore re- established in the Anglican body. We are not at all surprised at this, nor should we be much astonished if high-mass were publicly celebrated in our parish Churches, and shrines set up to the Virgin, and the saints, within the communion-rails. These would be only legitimate displays of the festering corruption of that part of Antichrist which dominates over this country. But what we are astounded at above measure is, the way in which believers in the Lord Jesus and evangelical Christians continue to countenance all this Popery by remaining in communion with it! The Popish party sneer at them, the Dissenters denounce their dishonesty, and many of them feel uneasy in the organs which once were their consciences, but still they “abide by the stuff” without complaining of it! Verily some persons can eat a large amount of dirt! We wish we could say a word kindly but forcibly in the ear of our brethren, who are still in fellowship with the works of darkness practised in the Anglican denomination of Romanists. When will you come out? How far is the corrupt element to prevail before you will separate from it? You are mainly responsible for the growth of all this Popery, for your piety is the mainstay and salt of what would otherwise soon become too foul to be endured, and would then most readily be swept from the earth. You hinder reformation! You protect these growing up as trees which drip with death to the souls of men! You foster these vipers beneath your goodly garments! You will be used as a shield to protect the agents of the devil, until they need you no longer, and then they will cast you away! For the love you bear to your Redeemer, be duped no longer, and by your own hatred of monkery and priestcraft, come ye out from among them, be ye separate, and touch not the unclean thing.