Dr. Loraine Boettner on Postmillennialism [Note: The Antipas Chronicles takes the position that this state will not be realized until the destruction of Antichrist, which has not yet occurred]: 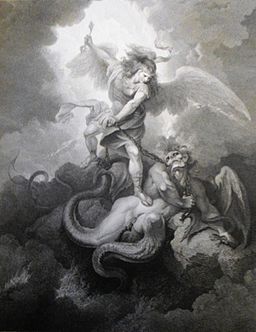 “The Millennium to which the Postmillennialist looks forward is thus a golden age of spiritual prosperity during this present dispensation, that is, during the Church age, and is to be brought about through forces now active in the world. It is an indefinitely long period of time, perhaps much longer than a literal one thousand years. The changed character of individuals will be reflected in an uplifted social, economic, political and cultural life of mankind. The world at large will then enjoy a state of righteousness such as at the present time has been seen only in relatively small and isolated groups, as for example in some family circles, some local church groups and kindred organizations.

This does not mean that there ever will be a time on this earth when every person will be a Christian, or that all sin will be abolished. But it does mean that evil in all its many forms eventually will be reduced to negligible proportions, that Christian principles will be the rule, not the exception, and that Christ will return to a truly Christianized world.”

And some food for thought from the same article:

“That there is still a remnant of paganism and papalism in the world is chiefly the fault of the Church. The Word of God is just as powerful in our generation as it was during the early history of the Church. The power of the Gospel is just as strong in this century as in the days of the Reformation. These enemies could be completely vanquished if the Christians of this day and age were as vigorous, as bold, as earnest, as prayerful, and as faithful as Christians were in the first several centuries and in the time of the Reformation”

One thought on “What To Look Forward To In The Millennium”